Please see our recommendations of must-read books to celebrate Women in Translation Month below:

The first book that we would recommend is Jhumpa Lahiri’s novel ‘Whereabouts’. The book was originally written in Italian and was later translated into English by Lahiri herself.

Synopsis: “Exuberance and dread, attachment and estrangement: in this novel, Jhumpa Lahiri stretches her themes to the limit. The woman at the centre wavers between stasis and movement, between the need to belong and the refusal to form lasting ties. The city she calls home, an engaging backdrop to her days acts as a confidant: the sidewalks around her house, parks, bridges, piazzas, streets, stores, coffee bars. We follow her to the pool she frequents and to the train station that sometimes leads her to her mother, mired in a desperate solitude after her father’s untimely death. In addition to colleagues at work, where she never quite feels at ease, she has girlfriends, guy friends, and “him,” a shadow who both consoles and unsettles her. But in the arc of a year, as one season gives way to the next, transformation awaits. One day at the sea, both overwhelmed and replenished by the sun’s vital heat, her perspective will change.”

Olga Tokarczuk’s book ‘Flights’ was awarded the 2018 Man Booker International Prize. The book was originally written in Polish and was later translated into English by Jennifer Croft.

Synopsis: “Flights interweaves reflections on travel with an in-depth exploration of the human body, broaching life, death, motion, and migration. Chopin’s heart is carried back to Warsaw in secret by his adoring sister. A woman must return to her native Poland in order to poison her terminally ill high school sweetheart, and a young man slowly descends into madness when his wife and child mysteriously vanish during a vacation and just as suddenly reappear. Through these brilliantly imagined characters and stories, interwoven with haunting, playful, and revelatory meditations, Flights explores what it means to be a traveller, a wanderer, a body in motion not only through space but through time. Where are you from? Where are you coming in from? Where are you going? We call to the traveller. Enchanting, unsettling, and wholly original, Flights is a master storyteller’s answer.”

Suite française is a French novel written by Irène Nemirovsky and translated into English by Sandra Smith. Irène was from a Jewish family and fled Kiev when the Russian Revolution started. She moved to France and started writing this book (which unfortunately she never got to finish). Before being taken to Auschwitz, Irène gave her daughters a case containing a manuscript and it was only 15 or so years ago that the case was opened and the novel was published.
Synopsis: “The first part, A Storm in June, opens in the chaos of the massive 1940 exodus from Paris on the eve of the Nazi invasion during which several families and individuals are thrown together under circumstances beyond their control. They share nothing but the harsh demands of survival—some trying to maintain lives of privilege, others struggling simply to preserve their lives—but soon, all together, they will be forced to face the awful exigencies of physical and emotional displacement and the annihilation of the world they know. In the second part, Dolce, we enter the increasingly complex life of a German-occupied provincial village. Coexisting uneasily with the soldiers billeted among them, the villagers—from aristocrats to shopkeepers to peasants—cope as best they can. Some choose resistance, others collaboration, and as their community is transformed by these acts, the lives of these men and women reveal nothing less than the very essence of humanity.”

Zoo Station: The story of Christiane F by Horst Rieck and Kai Hermans

Our next recommendation is the autobiographical book ‘Zoo Station: The story of Christiane F’. Zoo Station is a translation of the German original that was written by Horst Rieck and Kai Hermans and first published in 1979.

Synopsis: “In 1978 Christiane F. testified against a man who had traded heroin for sex with teenage girls at Berlin’s notorious Zoo Station. In the course of that trial, Christiane F. became connected with two journalists, and over time they helped to turn her story – which begins with a dysfunctional but otherwise fairly normal childhood – into an acclaimed bestseller. Christiane F.’s rapid descent into heroin abuse and prostitution is shocking, but the boredom, the longing for acceptance, the thrilling risks, and even the musical obsessions that fill out the rest of Christiane’s existence will be familiar to every reader. Christiane F.’s Berlin is a strange and often terrifying place, but it’s also a place that remains closer than we might think.

Christina Cartwright, the translator of one of the English versions of Zoo Station, explains in her translator’s note that she updated Christiane’s slang to American English in an effort to “hone the edge that is present in a lot of her commentary.” By this measure, she is successful: the book reads as the speech of an occasionally foul-mouthed, but genuinely intelligent and perceptive teenager. Additionally, Cartwright includes footnotes that help to situate an American reader possessing little to no knowledge of post-World War II Europe.”

The final book that we suggest for Women in Translation Month is Woman at War, an Italian novel written by Dacia Maraini and translated into English by Mara Benetti and Elspeth Spottiswood.

Synopsis: “Woman at War is the diary of a woman’s growing self-awareness. Beginning as a passively absent narrator, Vannina encounters a fascinating array of characters during the holiday she takes on an island in the Bay of Naples with her husband, Giacinto. When he returns to work in a garage in Rome, Vannina travels to Naples with Suna, a friend she has made on vacation. This startling character opens Vannina to the possibility of finding love through other women and helps her reject the role of serving coffee to the men who would change the world through violence. Back in Rome, Vannina rejects her former life and moves toward complete, if difficult, independence. Maraini’s writing is superb. Its warm and sensual style gives life to details: the food of the Mediterranean, the smell of its herbs, the acts of making coffee and making love, the step-by-step journey of an individual to self-awareness, self-reliance and independence. Everything is vivid and vibrant. Maraini’s women grow in strength beyond the clamour of political slogans. The values of understanding, intuition and compassion affect real change that transcends the wearisome struggle between the chauvinisms of the political Right and the political correctness of the Left. A milestone in Italian literature.” 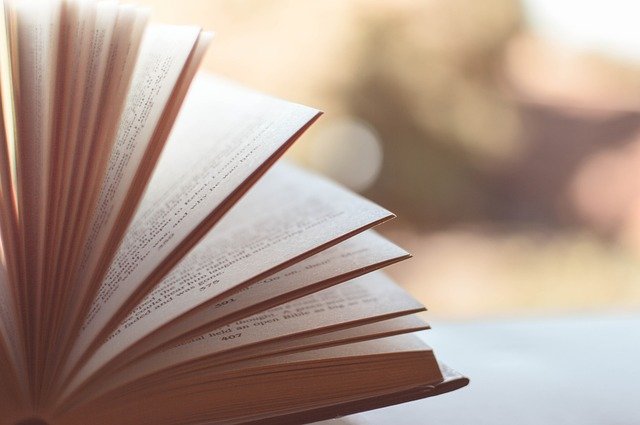 If you have read any of the books on our list, or are planning to due to our recommendation, then let us know in the comments section below. We’d also love to hear if you have any other favourite books that have been translated by women!

How to become a professional translator

Are you looking to pursue a career in the translation industry but are struggling where to start? In our blog,…