It’s official: over half of the world’s population are internet users! As of 2021 4.66 billion people use the internet which is a 7.3% increase since last year. Social media usage is also continuously increasing year on year with 4.2 billion social media users worldwide. In this blog, we are going to take a look at which countries are using social media the most  as well as which platforms are being used the most in 2021.

Which countries use social media the most in 2021?

As part of their Global Digital Report for 2020/2021, Hootsuite reported that the top 5 countries that use social media the most are UAE, South Korea, Taiwan, Netherlands and Malaysia. This is unsurprising as these countries also have some of the highest rates of internet users. It is also interesting to see how the UK and US rank amongst other countries and for 2021 they both rank towards the middle of the list at positions 21 and 30.

Countries that have the lowest social media penetration are Nigeria, Kenya, Ghana, India and South Africa. However, even these countries’ social media usage is increasing year on year by at least 1%, with India increasing by 9% since 2019. These statistics are based on the amount of active social media users for the top social networks in each country compared to the total population. 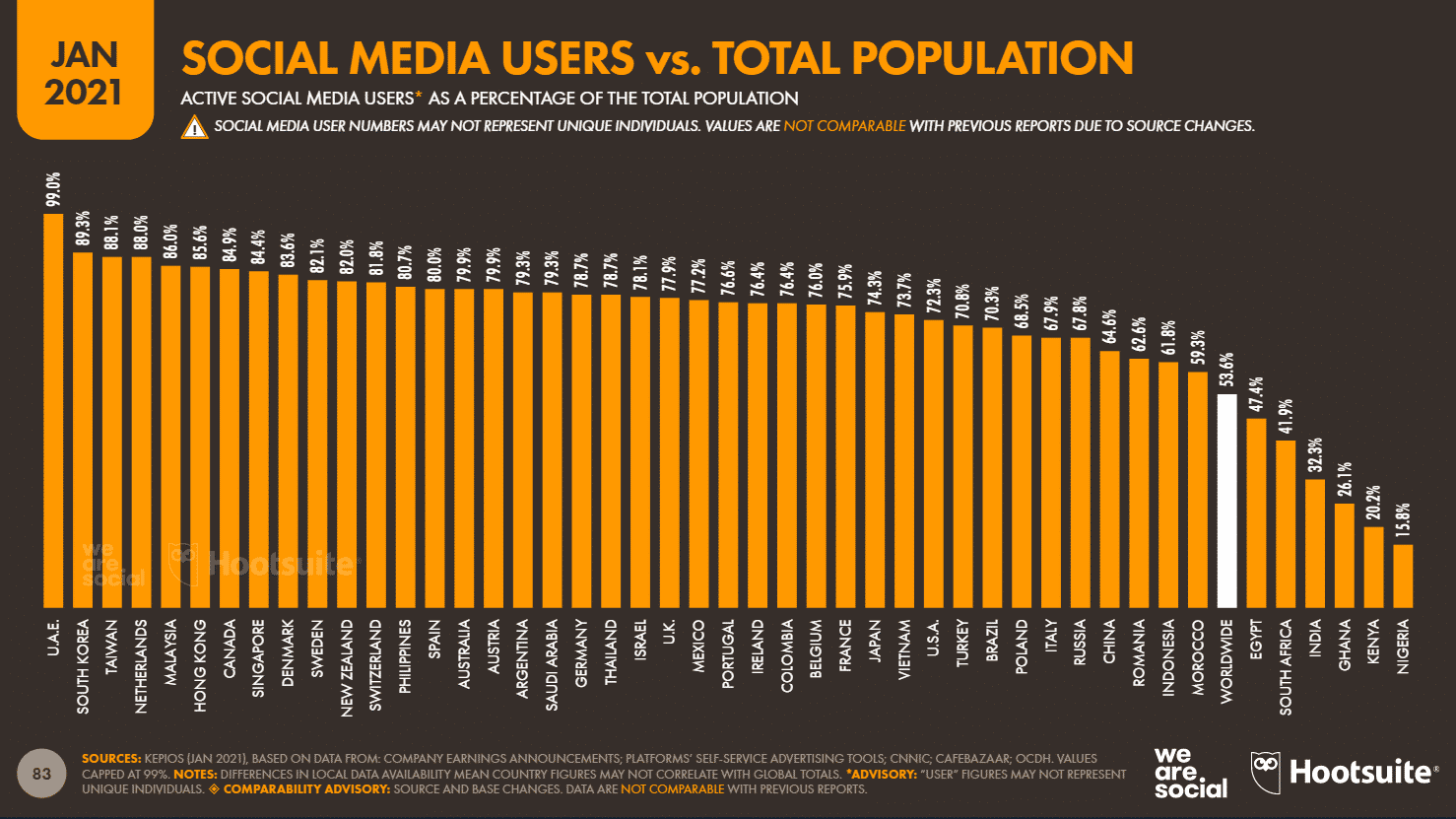 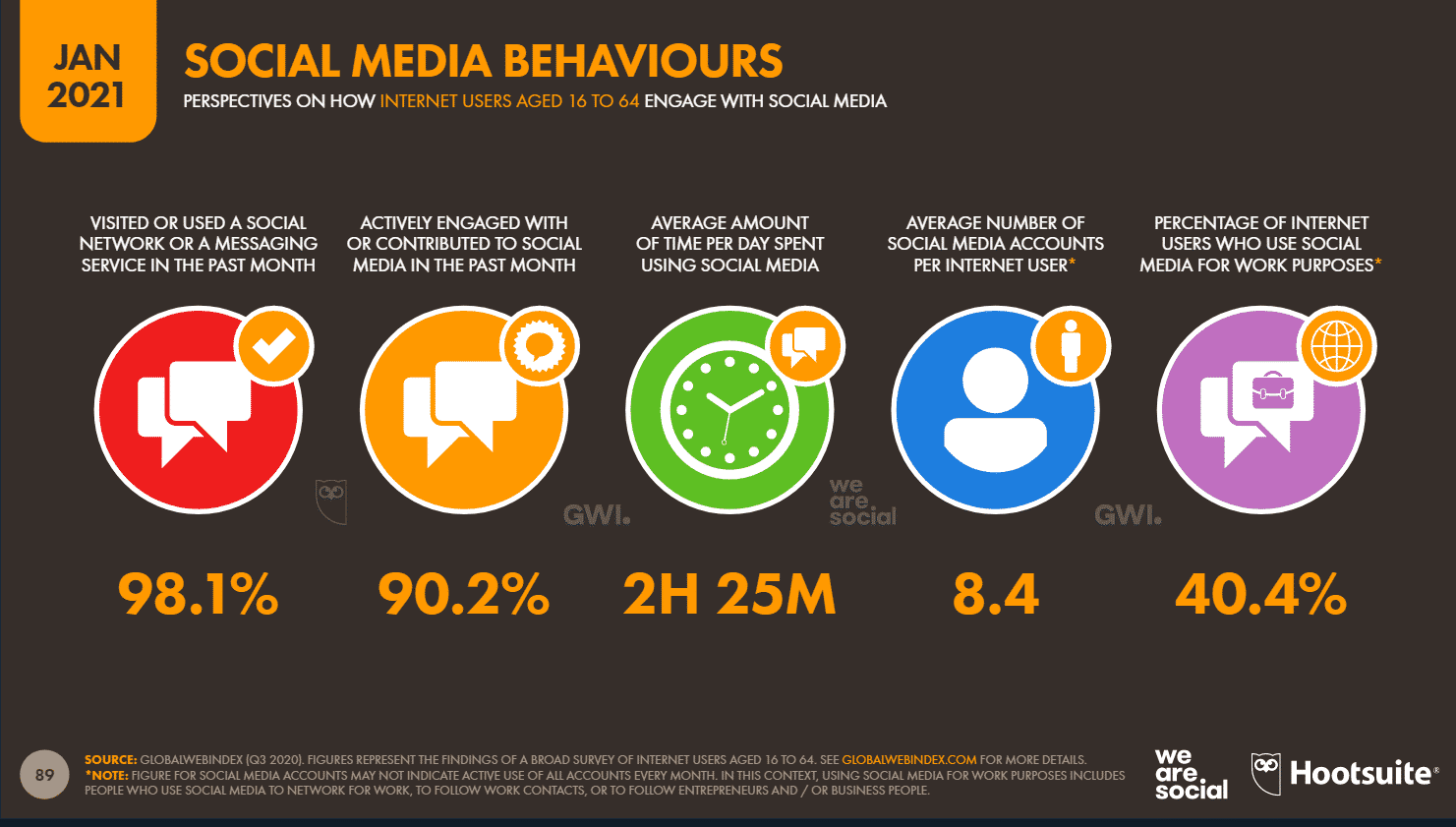 Which platforms are the most popular?

From January 2020 to 2021, Hootsuite reported that Facebook remains the most popular social media platform, followed by YouTube which isn’t too far behind. Instagram is also very popular and is on the same level as WhatsApp, WeChat and FB Messenger. Tiktok continues to be popular but has actually had a decrease in users since last years’ report where the number of monthly users was reported to be 800 (million). 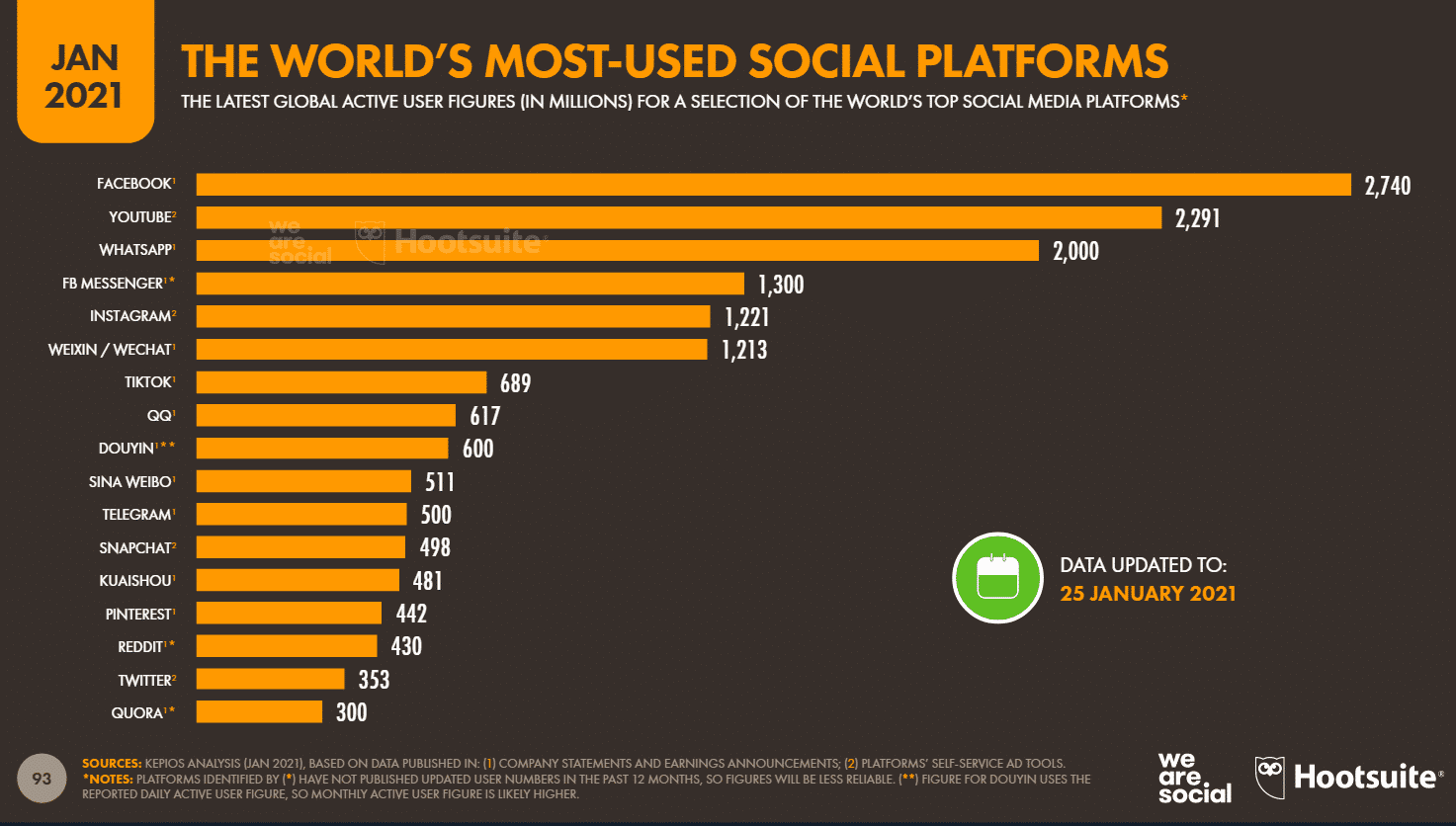 Whether you use social media or not, the value it provides by being able to connect with people all around the world cannot be denied. At Language Insight we can help your business or brand by translating your social media content into any language, allowing you to connect with your global audience. For more information about our translation services please click here.

To read Hootsuite’s Digital Report in full visit their website.