Is Emoji a global language?

The word Emoji comes from the Japanese “e” (picture) and “moji” (character). The world’s first Emoji was created in 1999 by Shigetaka Kurita, who took his inspiration from weather symbols. The increased use of Emojis by communication developers, such as Apple and Android, have made the emoticons that we see today part of an everyday conversation. The small digital image spans across different media stories, from the creation of “World Emoji Day” (held on the 17th July), the world’s first Emoji translator, the ‘crying with laughter’ emoticon being named Oxford Dictionaries Word of the Year 2015 and also the increasing use of emojis appearing in court cases! 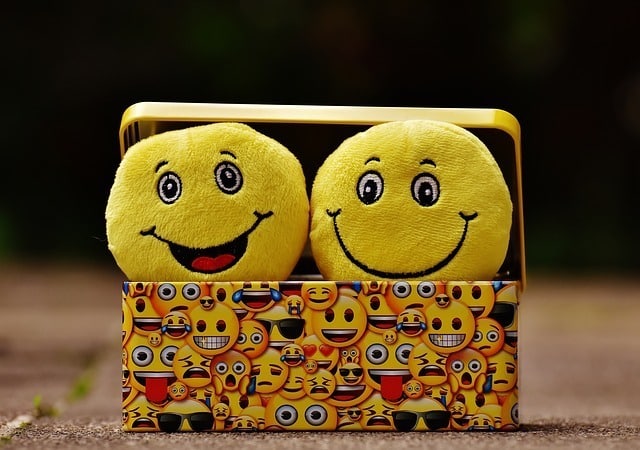 The rise of the Emoji

Communication is relying ever more on texting and social media, due to the sheer speed we can send a message to an endless amount of people. This still wasn’t fast enough though, and the introduction of the Emoji shortened the way in which we speak to each other through our devices even more. A simple question such as “What are you doing tonight?” can be answered with a variety of different Emojis, and some Emojis can even have multiple different meanings depending on the audience and context. Many millennials believe that Emojis act as a support to language, as they allow people to understand the tone of the conversation. Some Emojis can be used literally or sarcastically, or even have hidden meanings. These small emotive graphics have now become second nature in human interaction and it can sometimes be hard to send a message without them!

So why are Emojis so popular? Well, they are one of the most universal forms of communication. A smiley face in the UK is the same in Spain, France, Germany and beyond! Emoji’s are even used in business through marketing campaigns. Domino’s Pizza took advantage of the Pizza Emoji for a Twitter campaign where people all around the world could tweet the company with the Emoji to order a pizza. This highlights how Emojis are not only dominating human conversation, but they also break down language barriers for brands as well.

Like any trend in the modern era, in order to remain a key part of social culture, it needs to develop and grow. Since the launch of the Emoji, we have seen its development over the years. The introduction of Emojis that are more racially diverse, gender-neutral and inclusive of disabilities highlights how the Emoji continues to coincide with society. What originally started out as a small, pixelated icon, has now become a part of modern culture and impacts all of our communication day-to-day. Emoji has become a form of language that is understood by the majority.

Who knows what the future for of Emoji will be? Will it become more integrated into daily activities away from our devices? When we go to an ATM machine, will all the options be in Emoji form? This may be a somewhat ridiculous idea, but in the modern society that we live in, it’s a possible outcome.

If you’re looking to communicate with your international audience, take a look at how our language services can help you.