What is International Mother Language Day?

International Mother Language Day is on the 21st of February and we want to make sure you know all about it!

What is International Mother Language Day?

The event was set up by UNESCO in 1999 to promote unity in diversity and to celebrate both multilingualism and multiculturalism. The event has been marked annually ever since with the focus being on raising awareness of indigenous languages and recognising the value these languages have on enriching our cultural diversity.

International Mother Language Day is a perfect time to celebrate your own mother tongue and learn more about other peoples’. The wealth of languages spoken across the globe is something to cherish – and most people are shocked when they learn there are approximately 7,000 languages spoken around the world today. Approximately 90% of these are only spoken by groups numbering 100,000 people or less, for example Pipil (a dialect spoken in El Salvador and Honduras) where there were only 20 speakers recorded in 1987. This means the babel you most commonly hear is among only 10% of the planet’s spoken languages.

The most widely spoken language is Mandarin, with close to one billion speakers worldwide. However, it is difficult to determine what follows it on the list as it depends on whether you are counting only those who speak a language as their mother tongue, the populations of countries where it is the first language, or the number of people who can speak it in total, whether as a first or second language. 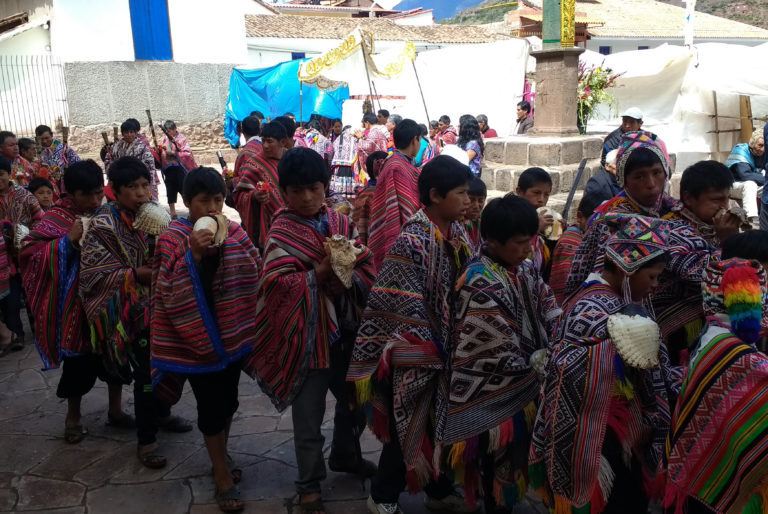 UNESCO is a firm supporter of “mother tongue-based bilingual or multilingual approaches in education”. As a result, it shares its best practices for bilingual and multilingual education. Dr Colette Grinevald of the University of Lyon in France says she wants Mother Language Day to be a celebration of the right mothers have to speak to their children in their native language.

“Out of about 6,000 languages no more than 200 have the status of national languages and a few hundred more have established literacy,” she explains, noting that these “little languages” in particular should be embraced.

She adds that technology is actually helping to support lesser-used languages, in some cases. As internet use becomes more widespread, those who have moved abroad can keep in touch with and speak to family back home in their mother tongue, helping to preserve the use of their first language. In addition, the internet increases people’s knowledge of all the languages of the world.

Meanwhile, Grinevald explains that politics is also helping to preserve the “little languages”. For instance, she points out that the majority of countries in Latin America officially support multilingualism and promote bilingual education for all the people who live there.

“Today, in countries like Mexico, or Guatemala or Ecuador, more and more linguists and educators are native speakers, and are busy giving new life and prestige to their languages through new forms of education,” she explains.

Just as important as promoting the use of mother languages is preserving them as more and more languages are at risk of becoming extinct. That’s one thing the Rosetta Project is dedicated to. This is a modern-day initiative inspired by the Rosetta Stone; the ancient Egyptian stone featuring one decree repeated in three different scripts. Because it featured the same message in both Ancient Egyptian hieroglyphics and Greek, the stone served an even more important purpose than it was originally intended to, as it provided historians with a way to read the ancient hieroglyphics for the first time.

The Rosetta Project is dedicated to the long-term preservation of the languages being spoken today and how best to archive them. One of its ideas is the Rosetta Disk, which is made from nickel and has a diameter of just three inches but has the equivalent of 14,000 pages of information etched on to it, which can be read using a microscope. This disk is protected by a glass and steel ball and the whole structure should remain eligible for thousands of years.

Why don’t you celebrate International Mother Language Day by having a look into some of the world’s indigenous languages and where they originate from? After all, there are around 7,000 languages in the world for you to look at!